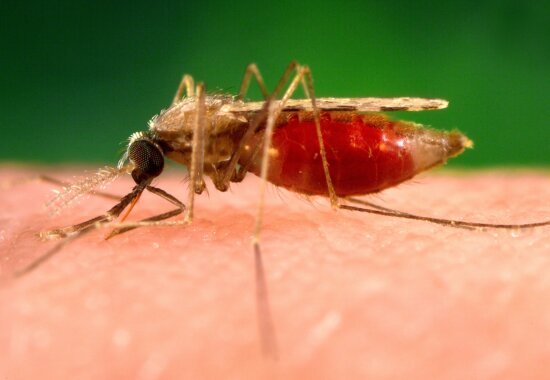 World over, April 25th is observed as Malaria Day. The corona pandemic and several other diseases like TB, cancer and HIV/AIDS have overshadowed the campaign against malaria in the recent past from several parts of the world. As per the World Health Organization (WHO) estimates, over 6.27 lakh malaria deaths and over 24 crore malaria cases were reported in 2020.

After maintaining zero indigenous cases for the past three consecutive years, China has been certified to be free of malaria. Also, the death rate has been reported to have come down from three lakhs to zero in 2017. The good sign is that India too reported almost three million fewer malaria cases in 2017, a 24 per cent decrease over the previous year, according to the World Malaria Report 2018. China is the 40th country, to be certified as malaria-free in 2021 by WHO. The last three countries awarded the same status included; El Salvador, Algeria and Argentina.

With a drastic reduction of cases, and around 8.7 m cases in 2017 (Neglected Tropical Diseases, 2017), India no longer figures among the top three countries. In 2017, India launched its five-year National strategic Plan, shifting its focus from malaria ‘Control’ to ‘elimination’ and provided a road map with targets to end malaria in 571 districts out of 678 districts in India by 2022. The training of community workers to test all fever cases and provide medicines, and distributing medicated bed-nets (11 m) for prevention, under it’s ‘test-treat-track’ in the endemic areas has boosted the control measures.

The WHO theme for this year is “Harness innovation to reduce the malaria disease burden and save lives.” The WHO call for investment and innovation is a welcome step in the area of vector control, diagnostics, and treatments to eliminate malaria. A sincere effort was earlier made to eliminate malaria from across the world under the Millennium Development Goals of 2015.

There are about 120 species of Plasmodia, out of which about 22 species are found in primates and the rest in rodents, bats, birds and reptiles. There are mainly five species of human plasmodia viz, P. falciparum, P. vivax, P. malaria, P. ovale and P. knowlesi. The first three species are reported from India. The non-human plasmodia include three species of parasites causing malaria in Simian models, two species in Avian malaria and ten species of Rodent malaria. P. knowlesi is known as monkey malaria parasite and leads to human death within 22 hours after infection. P. falciparum leads to cerebral hemorrhage.

In a recent study (Nature, June 30, 2021), the vaccine made of live malaria parasites showed early success. Participants were given a shot containing live Plasmodium falciparum parasites, along with drugs to kill any parasites that reached the liver or bloodstream, where they can cause malaria symptoms. Participants were then intentionally infected with malaria three months later to test the vaccine’s efficacy. The vaccination protected 87.5% of participants who were infected after three months with the same strain of parasite that was used in the inoculation, and 77.8% of those who were infected with a different strain.

One of the most advanced malaria vaccines RTS, S has been given out on a trial basis to more than 6.5 lakhs children in three African countries to assess its safety and efficacy. Another vaccine, called R21, has shown to be up to 77% effective in a trial of 450 young children. Both of these use the same malaria protein, called circumsporozoite protein, to trigger immune responses. The protein decorates the outside of the sporozoite form of the parasite, the stage in its life cycle when it first enters the human body from the salivary glands of infected mosquitoes.

An all-out effort is being made in India to overcome malaria through Allopathy and Ayurvedic treatments. To carry out various research studies, living human and non-human plasmodial parasites are collected and cultivated in a conducive environment known as Parasite Bank. The Parasite Bank is a supporting unit for the research activities on different aspects of malaria. The bank acts as a resource site for generating more information on malaria parasites. It also aims at cultivation of erythrocytic and erythrocytic stages of Plasmodium vivax.

Indian Scientists had set up a malaria parasite bank, way back in 1990s, which has the full expertise to cultivate malaria parasites in vitro. In-vitro Cultivation of P. falciparum is being carried out following the method of Trager and Jensen, who established this system in 1976. In brief, a thin layer of infected and non-infected erythrocytes in complete RPMI- 1640+HEPES media cultured at 37degree under an atmosphere of 2-5% CO2 with continuous or intermittent refreshing of media are the parameters for the in-vitro cultivation of malaria parasites.

According to Dr C R Pillai, ICMR Emeritus Medical Scientist, Ex Dy Director, National Institute of Malaria Research (NIMR) and one of the founder members of the Parasite Bank, in vitro chloroquine sensitivity texting – while collecting the parasites from the fields or while cultivating the parasite in the laboratory, their sensitivity to chloroquine, the anti-malarial drug used commonly for treating malaria can be assessed. The bank is also engaged in primary screening of plant products for their antimalarial efficacy. Cultivation of erythrocytic stages of P. vivax – short term in vitro cultivation of erythrocytic stages of P. vivax has been accomplished in the bank. Parasite Bank as a supporting unit is supplying different species of the human and non-human plasmodia and other biological materials to about 25 leading research organizations.

Although COVID-19 has harmed malaria programmes and diverted the budgets, it is never too late to curtail the malaria deaths further. With the aim to “harness innovation”, WHO expects substantial funding support and priority to address the menace. In the days to come, a staunch policy commitment and efforts to cease mortality and morbidity due to malaria is expected. With the MDG 2015 unfulfilled, all eyes are on the UN Sustainable Development Goal 2030, to overcome malaria as a public health threat.